Mahoro Tenko (天狐 幻 Tenko Mahoro) is a daughter of Byakuei Tenko and member of the Tenko Clan. She is the original Yuuna Yunohana and the Genryuusai Clones.

Mahoro looks like Yuuna Yunohana, due to being the original while Yuuna and the other six previous Genryuusais are cloned from her. She normally wears a traditional Japanese kimono and tied her hair in a ponytail by a bow.

Although Mahoro spent most of her life in a state of sleep, she is shown to be a kind and unbelligerent girl who possesses very strong morals that despite how much her father tried to save her, she went against him for how mad and cruel he became for it and assisted Yuuna Yunohana and Kogarashi Fuyuzora in his defeat.

She even expresses deep compassion where she cared for her clones and even refer to them as her sisters even though they barely knew her.

Mahoro was born as the daughter of Byakuei Tenko, the founder of the Tenko Clan. However, she ends up with an incurable disease that made her weak and unable to experience the joy of life. Before the illness could take her life though, Byakuei, become mad trying to save her, and eventually ends up preserving her in a crystal-like formation that kept her in a state of suspended animation.

Byakuei would then spend his entire life trying to save his daughter.

Mahoro is first introduced when Byakuei Tenko reveals himself as the mastermind behind Garandou and his plans for Yuuna Yunohana, Ouga Makyouin and a member of the Kuroe Agency. He explains to them how she is the reason for his actions; like the destruction caused by Garandou and the creation of the Genryuusai project; where Byakuei created clones of her daughter as experimental subjects.

As a daughter of Byakuei Tenko, Mahoro possessed powerful spiritual potential but was unable to use it due to her illness.

Despite her illness and how her body was put in a frozen-like state, she was able to utilize some of her powers to stop her father. 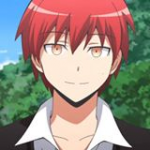